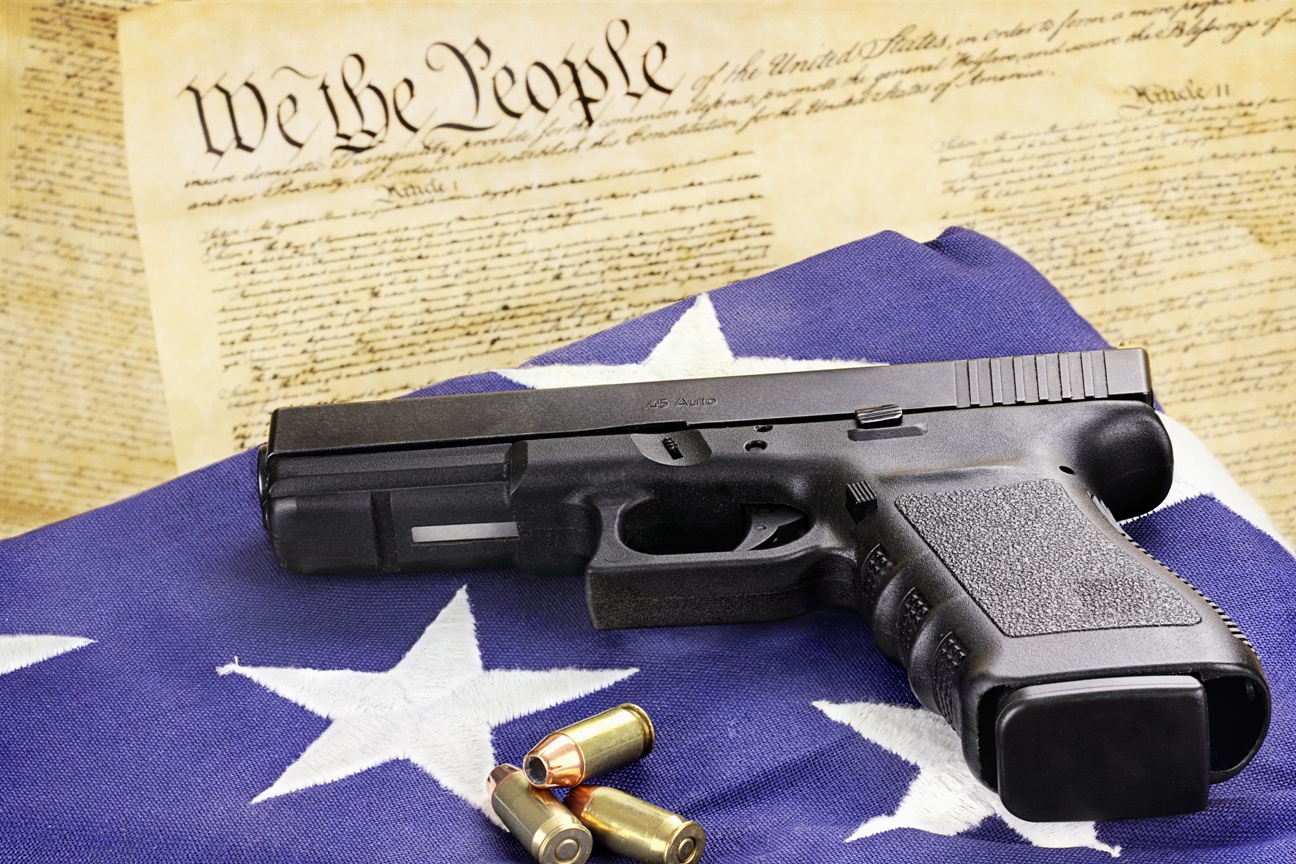 Apparently unfazed by the U.S. Supreme Court's recent decision striking down a New York law that put unconstitutional restrictions on residents seeking to obtain a concealed carry permit, Senate Democrats are moving to double down on the party's war against the Second Amendment. According to Law Enforcement Today, Sens. Cory Booker of New Jersey, Bob Menendez of New Jersey and Richard Blumenthal of Connecticut have introduced a measure that would amend Chapter 44 of Title 18, U.S. Code in a way that would gut the Americans' constitutionally protected and largely unfettered right to own guns. "In our nation, gun violence has become eerily routine, and we've done little to stop the horrific mass shootings that devastate the lives of victims and their loved ones," said Booker in a statement on his Senate website. "Accepting this shameful status quo will continue to lead to deadly consequences. We need to adopt proven, common-sense measures that will address the scourge of gun violence and make our communities safer. This bill moves us in the right direction and is based on a simple concept – if you need a license to drive a car, you should need one to buy and possess a gun," he added. Except, "modes of transportation" were not mentioned in the Constitution, but our founding document specifically protects the "right to keep and bear arms." Rather, the founders believed such issues such as "obtaining a license to ride a horse" would be left to the states and that's what the Tenth Amendment deals with. According to a draft of the legislation, which was published by POLITICO, Americans would be subjected to the whims of the U.S. attorney general, in this case the overtly politicized Merrick Garland, by requiring his office to write rules and guidelines based on the language of the legislation. "Those guidelines are less about procedure and more about restriction and limiting the absolute freedom provided by the Second Amendment," Law Enforcement Today reported. In a tweet, Gun Owners of America said the measure calls for written tests, fingerprinting and a minimum age of 21 for all gun purchases.

RT if you agree: these requirements are a direct attack on the Second Amendment and are blatantly unconstitutional:

"Among the requirements – a federal firearms license for everyone who wishes to purchase a single gun. Current law requires that new gun purchases be facilitated through someone who has that license," Law Enforcement Today reported, adding that the change means every gun purchaser would also have to obtain a Federal Firearms License (FFL). The "Federal Firearms Licensing Act" begins: "IN GENERAL.—Except as provided in subsection (d), it shall be unlawful for any individual to purchase or receive a firearm unless the individual has a valid Federal firearm license." No FFL? Well, then under this measure, you can't buy a gun, ever. "To obtain that license, should the bill become law, an individual would have to apply, submitting to all requirements and fee structures," the outlet reports, going on to list those requirements: complete firearms safety training, which will include written exams to demonstrate knowledge of applicable firearms laws and hands-on testing, to include firing testing to demonstrate proficiency and accuracy; complete background and criminal history investigations; proof of identity; fingerprints as part of background; all necessary qualifying information of the intended gun purchase, to include make, model, serial number and the identity of the individual selling the gun. But the requirements get even more stringent. "These licenses will either be approved or denied within 30 days of their submission. Once you obtain the license, you must make your gun purchase within 30 days of the issue date of the license. If you receive the notification of issuance via mail, you will have less than the prescribed timeframe," Law Enforcement Today added. But the 30 days begins the day the letter is sent. If you don't get it for a week to 10 days, which is common for government agencies, you will have much less than 30 days to buy your gun. The license is for five years, but only one gun could be bought within that timeframe. And the AG could deny those FFLs for a whole range of reasons. This measure is patently unconstitutional, and if by some chance it passes, it will be immediately challenged in court -- successfully. Sources include: NaturalNews.com LawEnforcementToday.com Booker.Senate.gov
Mastodon
Parler
Gab
Copy
Tagged Under:
gun rights senate gun control Second Amendment conspiracy intolerance testing libtards age limit Attorney General fingerprinting living free unconstitutional constitutional right gun purchases gun grabbing liberty FFL federal license
You Might Also Like