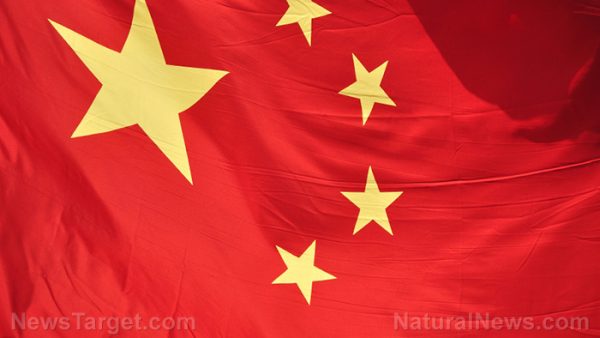 A number of China experts have warned that the regime is seeking to influence the U.S. and its stance on climate change. The experts issued their warnings following the decision of President Joe Biden to rejoin the Paris climate agreement. They reiterated that the administration should not allow the Chinese Communist Party (CCP) to use climate change as a bargaining chip to gain advantage in other areas. Lawyer and conservative commentator Gordon Chang told The Epoch Times that the U.S. working with China toward climate change was impossible, given the conditions the CCP has imposed. "China's position is that 'you either have good relationships with us on everything, or on nothing.' If we're given that choice, it should be nothing [because] China is trying to constrict those areas where when can have a constructive discussion," he said. Economist and former Reagan administration counselor Clyde Prestowitz echoed the same sentiments when it came to U.S.-China climate negotiations. The trade negotiator said that any talks with the Chinese regime on climate change would be a waste of time. "China is not going to negotiate any deal that would be acceptable to us. You cannot rely on China to keep its word," Prestowitz warned. The Reagan administration official previously warned about China in his book, "The World Turned Upside Down: America, China and The Struggle for Global Leadership." He wrote that Biden "[ought] to use his inaugural address as a wake-up call to the nation and the free world … to recognize the China challenge." Prestowitz continued that the U.S. president "must explain and emphasize … the most difficult and dangerous external challenge the U.S. and the free world have ever faced." Former Deputy National Security Adviser Matthew Pottinger has also warned about the dangers of getting stuck in "negotiation traps" set by the Chinese regime. The Trump administration security official remarked that successive administrations squandered years in formal talks with China that yielded nothing. This allowed the regime to continue its actions against the U.S., such as intellectual property theft.

China's collaboration with the U.S. on climate change comes with strings attached

The experts issued their warnings in light of Biden's decision to rejoin the Paris climate agreement. He described climate change as "an existential threat" and vowed to do more to reduce carbon emissions. Furthermore, Biden officials originally indicated that they would maintain the previous administration's tough stance on China, though we have seen the opposite come to pass. Special Presidential Envoy for Climate John Kerry reiterated that important issues, which include intellectual property theft and military aggression on the South China Sea, "will never be traded for anything that has to do with climate." (Related: Communist China backs Biden for president.) However, the CCP has indicated that the U.S. ought to accept its terms before any efforts could begin. Chinese Ministry of Foreign Affairs Spokesman Zhao Lijian said the country's cooperation on climate matters would depend on the U.S. ceasing to intrude on what the regime deemed as internal matters. He said last year: "I would like to stress that China-U.S. cooperation in specific areas … is closely linked with bilateral relations as a whole. China has emphasized time and again that no one should imagine they can ask [the country] to understand and support them in bilateral and global matters, when they blatantly interfere in … domestic affairs and undermine … [Chinese] interests." Zhao further commented that the Biden administration should create "favorable conditions" for climate cooperation. (Related: Biden's policies unfairly favor the communist Chinese regime despite his seemingly tough stance.) Regardless of China's demands, Chang noted that the U.S. does not need offer anything to get the regime to take action on climate. "The Chinese are on the same planet that we are. They've got the same interest in preventing climate change to the extent that it's occurring, so we don't need to give them anything for it," he said. The conservative commentator even suggested that the U.S. stop buying from China and start bringing back manufacturing closer to home in order to cut emissions. He noted that shipping goods from the communist country to the U.S. produces heavy pollution. Chang commented: "That way will do a lot for the climate, in addition to … some other very critical knock-on benefits for us." Head over to CommunistChina.news to read more about the U.S.-China climate negotiations. Sources include: TheEpochTimes.com FT.com GlobalTimes.cn
Mastodon
Parler
Gab
Copy
Tagged Under:
environment China national security climate change human rights Paris Agreement Joe Biden identity politics carbon emissions climate alarmism Gordon Chang Matthew Pottinger green tyranny climate negotiations Clyde Prestowitz
You Might Also Like