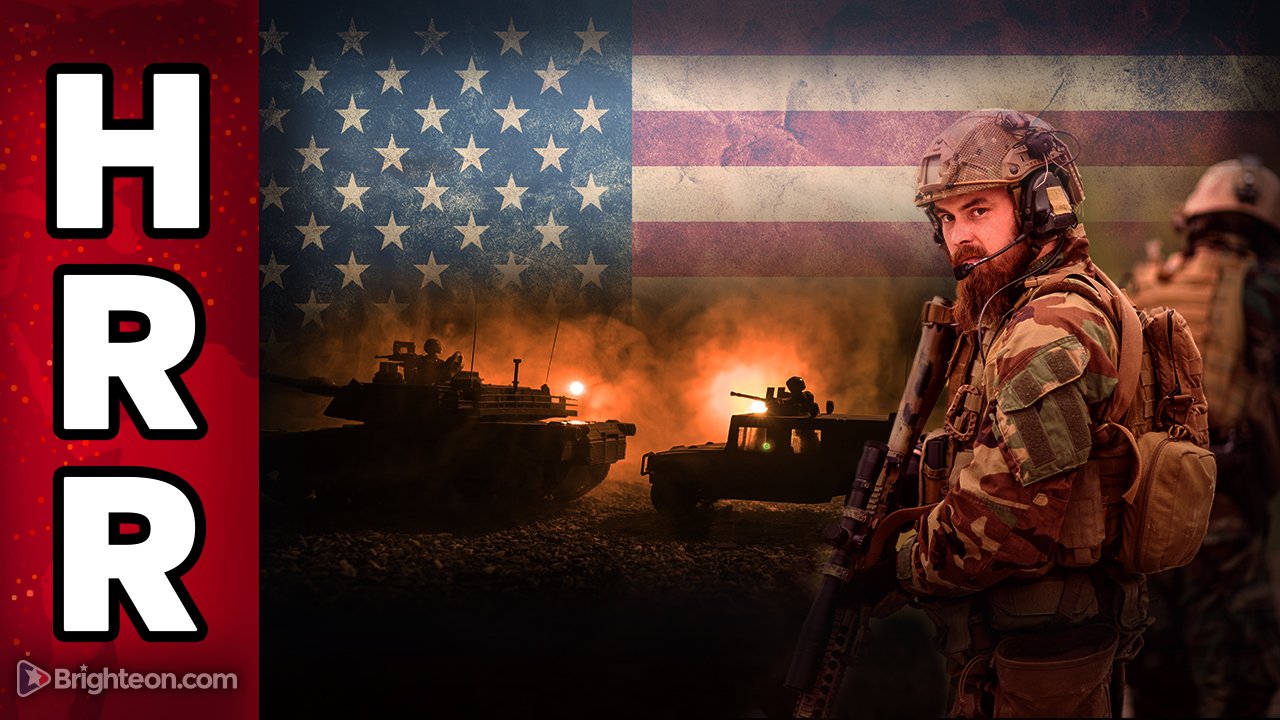 The United States of America is about to be plunged into a civil war. It will be ignited by the imminent Roe vs. Wade nullification decision by the US Supreme Court, which also just rendered a landmark decision affirming the universal right to carry a personal firearm for self-defense (striking down the New York law that radically restricted the right to bear arms). That pro-2A decision is already seeing heads explode across the anti-American, anti-liberty Left, with rabid left-wing commentator Keith Olbermann even calling for an open insurrection to demolish the US Supreme Court and seize total control over the country via the executive branch. Once the Roe decision is rendered, the radical Left will erupt into full-blown domestic terrorism, launching unrestricted warfare against Christians, gun owners and conservatives. What's coming will make the 2020 BLM and Antifa riots look like child's play. The Biden regime knows this is coming, of course, since Barack Obama is the key mastermind behind the whole thing. Obama runs the Biden White House and tells Biden's handlers what to do. They shaped the 2020 riots using paid mercenaries, media propaganda and "color revolution" tactics routinely used by the CIA to overthrow governments of other nations. Now they plan to use the same tactics to overthrow the US Constitution and attempt to seize permanent dictatorial control over the United States of America.

The sabotage of food facilities across the United States is deliberate. We have published the full, current list of food facility sabotage here. Similarly, the sabotage attacks, regulatory takedowns and cyber warfare assaults on energy infrastructure are also being carried out by the regime in order to deprive the people of fuel and transportation. As we have recently published, the entire supply of diesel engine oil in the United States is on track to be depleted in just 8 weeks (roughly the end of August). Diesel fuel and Diesel Exhaust Fluid (DEF) are also experiencing supply chain failures in America right now. Natural News also exclusively researched and published a list of the diesel fuel and diesel engine oil additive manufacturers who have declared force majeure just this year, causing extreme supply chain disruptions. In addition, there are known explosions at LNG facilities (such as Freeport in Texas) and a history of pipe explosions targeting refineries, such as the Philadelphia Energy Solutions explosion in 2019 that bankrupted the entire company and shuttered its fuel refinery. What's clear is that America's food and energy infrastructure is being disrupted with sabotage / blockade operations that are acts of war against the American people. This is almost identical to the way Lithuania is now running a railway blockade of Russia's access to Kaliningrad. What's also clear is that the Obama / Biden regime is using sabotage operations to shape the domestic battlefield in preparation for the coming civil war. And by "civil war," I don't mean an 1865-style war of North vs. South. This is going to be a war of the corrupt, illegitimate government regime against the American people who are trying to vote these criminals out of power. Roughly 75% of Americans now despise the Biden regime and want Biden removed. The upcoming midterm elections -- if they are even allowed to take place -- will solidly demonstrate America's desire to rid itself of the disastrous Biden regime and the catastrophic economic policies of Democrats (which have led to record-high inflation and supply chain shortages). That's why we believe the Obiden regime doesn't want to allow America to make it to the midterm elections. They want total chaos and martial law before that day arrives. They want their left-wing brownshirt terrorists in the streets, burning down cities, assaulting police and executing whites on sight, so the regime can declare a state of emergency and deploy troops on the streets of America, likely combined with some effort to try to nullify the Second Amendment and confiscate guns from everyone. That effort is going to fail. The Obiden regime has acted too late. The American people will no longer comply with tyranny and sabotage. We the People will not turn in our guns, and we will not obey orders to shut down our local economies and stay locked in our homes. But the arrogant, incompetent Obiden regime doesn't know that yet. They think they are still in charge. They think the American people will go along with whatever new insane scheme they can dream up to enslave everybody and demolish the Bill of Rights. They are wrong. But they will try to conquer the country from within, setting off a civil war scenario that will likely see real bloodshed across the USA. Unless Biden is removed from power and the rightful winner of the 2020 election is restored (Donald J. Trump), Democrat-run cities will soon collapse into total chaos. Mass starvation will become commonplace. The rule of law will be non-existent in these areas. We will see Democrat refugees fleeing collapsing blue cities and trying to flee to red states, but there will be border enforcement by the states (like Texas and Florida) prohibiting domestic "illegals" from invading the red states as they flee the blue states. Ultimately, the Demonrats are going to be defeated and humanity will prevail. The Dems just don't know it yet, and they overestimate their ally Satan, while the real power to decide our fate rests in the hands of God (who has just about had enough of Satan trying to dominate humanity on Earth). Get all the details and more in today's Situation Update podcast via Brighteon.com: Brighteon.com/20d317b5-9dff-45c7-b9e4-57ef48dc112c   Discover more information-packaged podcasts, raw intel reports and interviews each day: https://www.brighteon.com/channels/HRreport Follow me on: Brighteon.social: Brighteon.social/@HealthRanger (my breaking news gets posted here first) Telegram: t.me/RealHealthRanger (breaking news is posted here second) Truth Social: https://truthsocial.com/@healthranger Gettr: GETTR.com/user/healthranger Parler: Parler.com/user/HealthRanger Rumble: Rumble.com/c/HealthRangerReport BitChute: Bitchute.com/channel/9EB8glubb0Ns/ Clouthub: app.clouthub.com/#/users/u/naturalnews/posts Join the free NaturalNews.com email newsletter to stay alerted about breaking news each day. Download my current audiobooks -- including Ghost World, Survival Nutrition, The Global Reset Survival Guide and The Contagious Mind -- at: https://Audiobooks.NaturalNews.com/ Download my new audiobook, "Resilient Prepping" at ResilientPrepping.com - it teaches you how to survive the total collapse of civilization and the loss of both the power grid and combustion engines. Stay informed and you can stay alive.
Mastodon
Parler
Gab
Copy
Tagged Under:
collapse infrastructure terrorism starvation violence civil war food supply famine constitution riots White House chaos revolt Joe Biden uprising insurrection left cult fuel supply
You Might Also Like