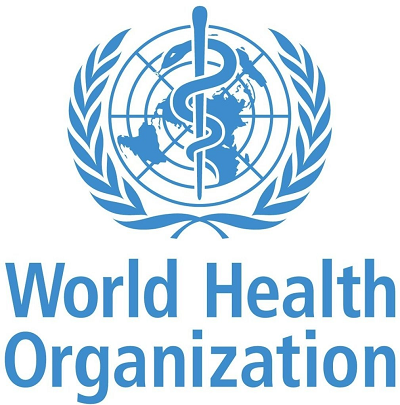 The World Health Organization is finally ready to investigate the lab-leak theory in connection with the Wuhan coronavirus (COVID-19). In a report, the Scientific Advisory Group for the Origins (SAGO) of Novel Pathogens said that it had no conclusive findings on the origins of the SARS-CoV-2 virus, which causes COVID-19. SAGO is an advisory body of the WHO formed in July 2021 to examine emerging infectious diseases, including COVID-19. According to the WHO, SAGO will play a vital role in the next phase of studies into the origins of SARS-CoV-2. "There are key pieces of data that are not yet available for a complete understanding of how the COVID-19 pandemic began," the group reported, stressing that further studies are needed to follow up on the gaps in their knowledge. SAGO Chairwoman Marietjie Venter said zoonotic transmission is still the most plausible theory, although the original host, intermediate host and how the virus was introduced or how it made the jump from animal to human are details that are still unknown. "It remains important to consider all reasonable scientific data that is available either through published or other official sources to evaluate the possibility of the introduction of SARS-CoV-2 into the human population through a laboratory incident," the report stated. Members of the team from China, Russia and Brazil are against investigating this possibility, but Venter told reporters that it is important to be open to various theories. With the WHO's previous record of submission to China and its lack of transparency, many believe that it is unlikely for the organization to ever acknowledge the merits of the lab-leak theory. Indicating that the lab-leak theory now "needs further investigation" comes as a pleasant surprise. Still, Venter stressed: "Having it in the report doesn't say that that’s definitely what we think it is. We are open to scientific data … so if anything comes up that's new, we will not ignore it." (Related: Whistleblowers admit NY Times killed story about origins of COVID-19 as major media ignored bombshell GOP report vindicating China lab leak theory.)

No real investigation into the lab-leak theory

SAGO co-chair Jean-Claude Manuguerra noted that there had been no real investigation into the lab-leak theory so far. "We need to be open-minded and cover all the hypotheses, including that one," he said. Experts said access is also needed for staff and data from labs to assess the biosafety and biosecurity practices. However, this could be a challenging feat, especially because China pushed back against the suggestion of new missions to the country. WHO Director-General Tedros Adhanom Ghebreyesus said understanding the origins of the virus is very important scientifically to prevent future epidemics and pandemics. Tedros pointed out that all hypotheses must remain on the table until there is enough evidence that enables people to rule certain hypotheses in or out. All countries, particularly China, should be transparent and cooperative, sharing their data without governmental interference. (Related: UN-DEBUNKED: Turns out China-lab-made-Covid "conspiracy theory" is TRUE, as 26 of the 27 Lancet scientists who tried to debunk it have deep ties to Wuhan lab researchers.) While SAGO reviewed all available research on SARS-CoV-2, it did not conduct its own investigation on the matter. Maria Van Kerkhove, a senior WHO official who is also part of SAGO, said the WHO will support all ongoing efforts to better understand the beginning of the pandemic. She told reporters: "We owe it to ourselves, we owe to the millions of people who died and the billions of people who were infected." So far, most studies and reports about the virus had been classified as "inconclusive." Follow Pandemic.news for more news related to the COVID-19 pandemic.  Watch the video below for more information about the WHO's probe into the lab-leak theory. This video is from the Chinese taking down EVIL CCP channel on Brighteon.com.

Fauci threatened the careers of scientists who publicly supported the coronavirus lab-leak theory.

Why did Collins and Fauci try so hard to quash the lab leak theory and hide coronavirus gain-of-function research they approved?

Liberal media suddenly LOVES the lab-leak theory - which NaturalNews has been reporting from the very start.