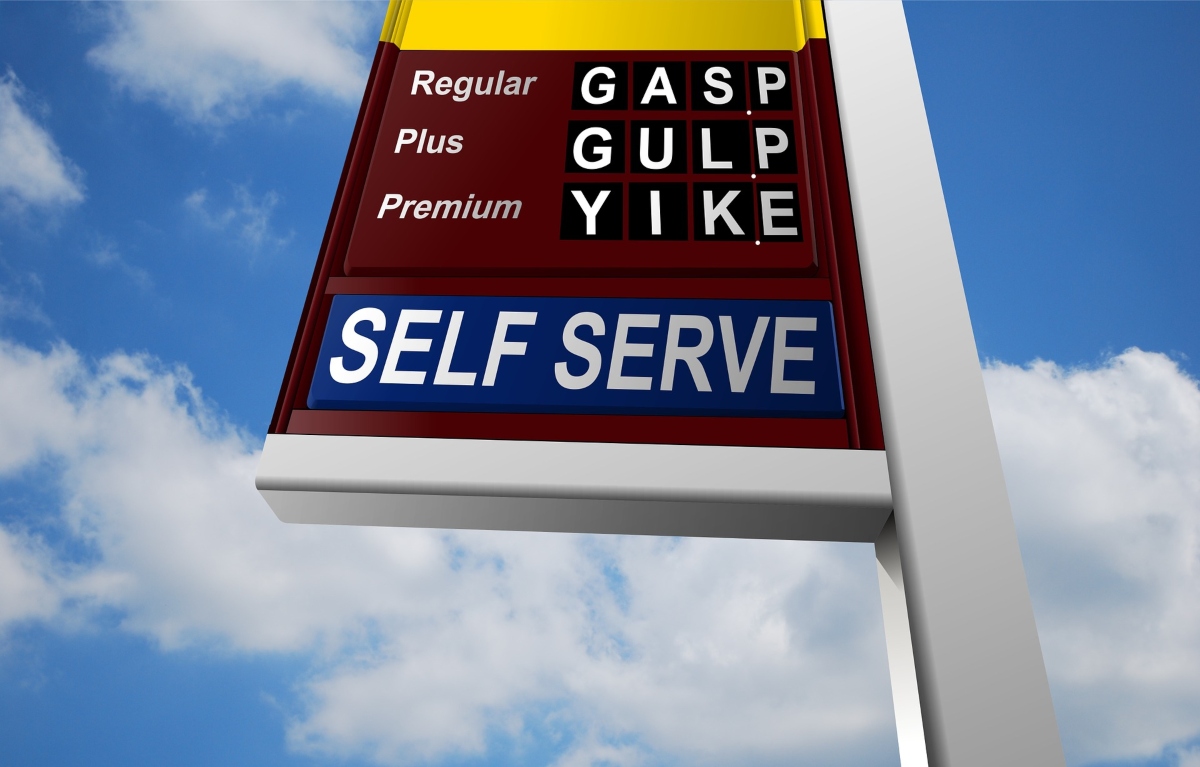 The average price of gas in the United States has more than doubled since President Joe Biden's first day in the White House in Jan. 2021. On Jan. 20, 2021, Biden's inauguration day, the average price per gallon of gas was approximately $2.39. As of Saturday, June. 4, the average price for a gallon of gas is at $4.81, up five cents from the previous day, according to AAA. (Related: American fuel prices about to breach $5 per gallon mark just as country enters summer travel season.) On Monday, June 6, gas prices went up another five cents to $4.86. According to veteran oil markets expert Andy Lipow, the question now is not if average gas prices will breach the $5, but when. He expects it to happen sometime this month as oil trades higher for the summer peak travel season and in anticipation of future freak weather incidents. Another concern, Lipow noted, is the price of diesel. Fewer drivers in America use diesel for their personal vehicles but its continued increase will still force the price of goods to rise in parallel with it. "Of particular concern is the price of diesel in the Los Angeles and Long Beach area of $6.90, which looks to be headed to $7," said Lipow. "It matters because 31 percent of all containerized international waterborne trade passes through these ports. These goods are then delivered to the consumer by truck and rail. Higher freight costs means higher costs of consumer goods."

At least 10 states have already breached the $5 mark for average statewide gas prices. California leads the pack as of Monday with $6.34 per gallon of gas. This is the highest statewide price of gas in the country. The Golden State is followed by Nevada with $5.49 per gallon, Hawaii with $5.47, Oregon with $5.41 and Washington state with $5.40. The five other states with gas prices of $5 or more are Alaska, Arizona, Indiana, Michigan and Illinois. In Washington, D.C., the price of gas is $5.06. Another nine states are poised to hit the $5 threshold within the next few days, including Massachusetts and Pennsylvania, where statewide gas prices are $4.96 and $4.95, respectively. The people in these states were hit hard in the past few weeks as more of them took their personal automobiles on vacation. "People are still fueling up, despite these high prices," said AAA spokesperson Andrew Gross in a news release. "At some point, drivers may change their daily driving habits or lifestyle due to these high prices, but we are not there yet." "Come hell or high gas prices, people are going to take vacations," noted Tom Kloza, global head of energy analysis for the Oil Price Information Service, which provides real-time oil price fluctuation data for AAA. Lipow said the bottom line with the increasing price of gas is that there is no immediate end in sight, especially if Biden and his administration continue to push policies that make the price of gas worse. "The consumer should expect that high gasoline and diesel prices are here with us for a long time," said Lipow. "And while this fall and winter gasoline prices may fall off a bit, a return to $3 a gallon gas is quite unlikely." Oil and gas companies are already prepared to work with the federal government to boost production and thereby help lower prices. David Holt, president of the Consumer Energy Alliance, whose members include numerous oil and gas companies, noted that they are prepared to act quickly. A boost to production would go far in lowering oil prices. A report from AAA warned that pump prices "will likely remain elevated as long as demand grows and supply remains tight." "We are in unprecedented territory with gasoline prices headed for a national average of $5 a gallon," said Holt said during an interview with NPR. Kloza noted that the $5 average will be reached by the Juneteenth and Father's Day weekend. He also predicted that the national average could approach or breach the $6 mark by Labor Day. FuelSupply.news has more on rising gas prices in America. Watch this clip from the Newsmax program "Wake Up, America" about how Biden's approval ratings are plummeting as the average price of gas soars. This video is from the channel NewsClips on Brighteon.com.

Americans outraged as Biden tries to paint skyrocketing gas prices as an "incredible transition" away from fossil fuels. The collapse of DEF (Diesel Exhaust Fluid) supply will devastate the trucking industry, which supplies everything else: food, consumer goods, auto parts and more. Gasoline price in Los Angeles rises to as much as $7.83 a gallon – more than the federal minimum wage. Insanity: Washington state gas stations running out of fuel, adding another digit to signs in anticipation of $10 gas. Gasoline headed to $6.20 a gallon by August, warn JPMorgan analysts – EVERYTHING is going to get super expensive as a result. Sources include: WashingtonTimes.com FoxBusiness.com NBCNews.com NPR.org KCRA.com Brighteon.com
Mastodon
Parler
Gab
Copy
Tagged Under:
economic collapse collapse power grid economic crisis power gas prices chaos products inflation fuel diesel energy supply fuel prices fuel supply diesel prices
You Might Also Like