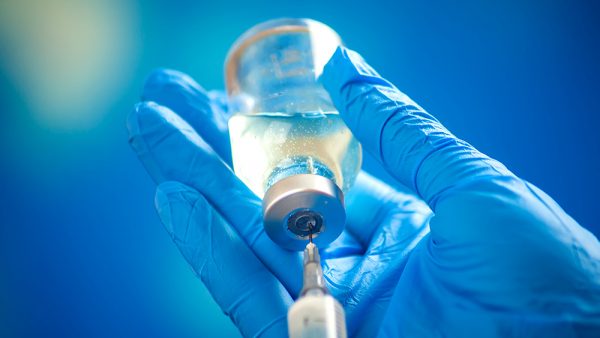 A Freedom of Information Act (FOIA) lawsuit filed by Judicial Watch has revealed that clinical trial data directly from Pfizer shows that the company's Wuhan coronavirus (Covid-19) "vaccines" contain lipid nanoparticles that "stick" to vital organs like the liver, adrenal glands, spleen and ovaries. Judicial Watch obtained some 466 pages of records from the Department of Health and Human Services (HHS) containing data from biodistribution studies. Lipid nanoparticles, or LNPs, which are a key component of the Pfizer shot, were discovered all over the body anywhere from eight to 48 hours post-injection. LNPs function as a delivery mechanism in the mRNA (messenger RNA) injection from Pfizer and BioNTech. Acuitas Therapeutics LNP technology is utilized in COMIRNATY, as the shot is now being called, according to a press release issued by Pfizer on Jan. 10, 2022. (Related: Israeli researchers found that the Pfizer shot destroys every system of the body.) "A method of tracking where compounds of interest go in an experimental animal or human subject is called biodistribution," reported Great Game India.

World Health Organization claims that LNPs have no risk, and thus don't need to be studied

The Pfizer records also include a report approved in February of 2021 concerning the animal trials in which the distribution of these LNPs was evaluated in rat subjects. Under the "Pharmacodynamic Drug Interactions" section, the following is stated: "Nonclinical studies evaluating pharmacodynamic drug interactions with BNT162b2 were not conducted as they are generally not considered necessary to support the development and licensure of vaccine products for infectious diseases (WHO, 2005)." When LNPs "with a comparable composition" to those used in the Pfizer shot were injected into rats as part of clinical trials, "total recovery (% of injected dose) of LNP outside the injection site was greatest in the liver and was much less in the spleen, adrenal glands, and ovaries," the Pfizer report further states. LNPs were observed to mainly distribute and accumulate in the liver, adrenal glands, spleen and ovaries with maximum concentration occurring within the first two days, according to the research. Even so, no genotoxicity or carcinogenicity studies with BNT162b2 have been, or will be, conducted because according to the World Health Organization (WHO), the components of the vaccine constructs, including lipids and RNA, are not expected to have genotoxic, carcinogenic, or tumorigenic potential. In the end, Pfizer declared that BNT162b2 is immunogenic in mice, rats, and nonhuman primates, and that "the toxicity studies support the licensure of this vaccine." The same goes for "boost immunizations," or booster shots, according to Pfizer. Though the shot's contents spread and accumulate throughout the body, the company says getting boosted is safe and effective. "Vaccine-related microscopic findings at the end of dosing for BNT162b2 were evident in injection sites and surrounding tissues, in the draining iliac lymph nodes, bone marrow, spleen, and liver," Pfizer researchers revealed. Another report contained in the Pfizer documents, called "Pharmacokinetics Tabulated Summary," further reveals that LNPs accumulate after 48 hours primarily in the lymph nodes, ovaries, small intestine, and spleen. Once again, Pfizer wrote that no safety pharmacology studies were conducted based on these findings because guidelines from the WHO that were established back in 2005 do not require such because "they are not generally considered necessary to support development and licensure of vaccine products for infectious diseases." "The question to be asked is why would government institutions refuse in the first place to give information to the public regarding the safety of a product?" asked a reader at Great Game India. "This makes one suspect if these institutions have any malevolent intent. There has been no transparency in things regarding this virus." Covid injections are deadly. To keep up with the latest, visit VaccineDamage.news. Sources for this article include: GreatGameIndia.com JudicialWatch.org NaturalNews.com
Mastodon
Parler
Gab
Copy
Tagged Under:
toxic ingredients vaccines Big Pharma research vaccine damage vaccine injury biotech Pfizer liver health Dangerous Medicine discoveries nanotechnology biological weapon badscience badhealth badmedicine COVID Plandemic mRNA pharmaceutical fraud lipid nanoparticles
You Might Also Like