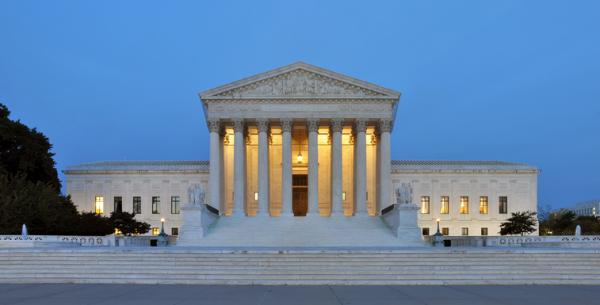 The U.S. Supreme Court has decided to toss out the highly controversial Roe v. Wade decision that legalized abortion in all 50 states, according to a February draft written by Justice Samuel Alito for the majority. According to Politico, which received a copy of the 100-page ruling thanks to an unprecedented leak many believe was done to sabotage the decision by inciting violence and perhaps even civil war, "the draft opinion is a full-throated, unflinching repudiation of the of the 1973 decision which guaranteed federal constitutional protections of abortion rights and a subsequent 1992 decision – Planned Parenthood v. Casey – that largely maintained the right." Alito writes: "Roe was egregiously wrong from the start. “We hold that Roe and Casey must be overruled,” Alito continued in the document, which is labeled as the “Opinion of the Court.” “It is time to heed the Constitution and return the issue of abortion to the people’s elected representatives.” Politico emphasizes that the ruling is far from final: Deliberations on controversial cases have in the past been fluid. Justices can and sometimes do change their votes as draft opinions circulate and major decisions can be subject to multiple drafts and vote-trading, sometimes until just days before a decision is unveiled. The court’s holding will not be final until it is published, likely in the next two months. The immediate impact of the ruling as drafted in February would be to end a half-century guarantee of federal constitutional protection of abortion rights and allow each state to decide whether to restrict or ban abortion. It’s unclear if there have been subsequent changes to the draft. The report also noted the unprecedented nature of the leak, adding that not a single draft decision "in the modern history of the court has been disclosed publicly while a case was still pending." Not long after the Politico report, crowds angry about the decision started gathering outside the Supreme Court.

A massive protest is forming in front of the Supreme Court in support of protecting women’s bodily autonomy. I’m proud our staff members are part. pic.twitter.com/I6MyzhoYex

Right now: Barricades are up around the Supreme Court building, just minutes after reports from Politico were leaked indicating SCOTUS has voted to overturn Roe v. Wade. pic.twitter.com/LxR9rbs6TF

Breaking: Protesters have already gathered at the Supreme Court building in Washington DC To protest an alleged leaked draft that struck down the Initial ruling in Roe v. Wade case #RoeVWade pic.twitter.com/3FB6rQJ3QC

A couple hundred people or so have gathered tonight outside of the Supreme Court to protest the draft decision overturning Roe v Wade. They're chanting slogans like "abortion is healthcare" and "my body, my choice." pic.twitter.com/kIFwLjBDAP

WATCH: Protests erupt outside the U.S. Supreme Court building in Washington amid reports that the court has decided to overturn Roe v. Wade pic.twitter.com/goUbEokyHh

Conservatives expressed anger over the leak, claiming that it was likely done in order to pressure the conservative justices into changing their minds. They also blasted the leaker for literally destroying the integrity of the nation's highest court, one of the last remaining institutions that had yet been corrupted by rank politics. “If this story is true, the Court should issue its opinion right away,” tweeted former federal prosecutor and Fox News contributor Andrew McCarthy. “Otherwise the disgraceful leak wins. I would say that if my side lost. If we lose the integrity of the Court’s process, we lose the Court. That should be intolerable to all of us who live [in] the country.”

If this story is true, the Court should issue its opinion right away. Otherwise the disgraceful leak wins. I would say that if my side lost. If we lose the integrity of the Court’s process, we lose the Court. That should be intolerable to all of us who live the country.

Some believe the leak was done to incite violence and even "civil war." “The SCOTUS leak is an actual insurrection. An attempt to completely upend and delegitimize the rule of law, incite violence and chaos, and potentially plunge the nation into civil war. January 6th was a stroll in the park compared to this. It’s not even close,” The Daily Wire’s Matt Walsh tweeted.

The SCOTUS leak is an actual insurrection. An attempt to completely upend and delegitimize the rule of law, incite violence and chaos, and potentially plunge the nation into civil war. January 6th was a stroll in the park compared to this. It's not even close.