Top Stories from Independent Journalists Across the Web
Michele Swinick urges Americans to engage and get involved in politics – Brighteon.TV
By nolanbarton // 2022-02-08
Mastodon 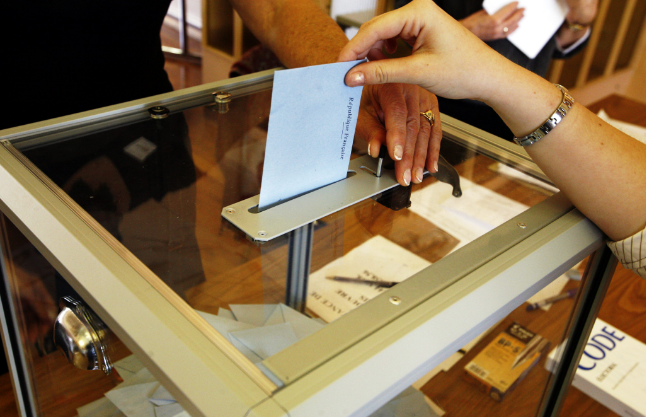 "Everything Home" host Michele Swinick urged Americans to engage and get involved in politics. "Because if you don't, then you don't get the right to complain," she said during the February 4 episode of her show on Brighteon.TV. "And then you got to suffer the consequences. It's like sitting in a dirty diaper, and wondering why it's stinky, and wondering why you're itchy. Yeah, and you got a rash because you're not doing anything about it. We are at that point." Swinick encouraged her viewers to join a group like Defend Florida, a state-wide, citizen-driven movement designed to protect the state and its citizens from federal government overreach. It is a movement created in the wake of the 2020 election that connects citizens, groups and clubs throughout Florida. "If there isn't a group like this in your state that you can get involved in, then you need to start one," she said. "You've got all these people that have created these templates. You don't have to reinvent the wheel. You don't have to start from scratch, join them or make your own." Raj Doraisamy, co-founder of Defend Florida, can relate to the message that Swinick was trying to relay. "About 18 or 19 months ago, I literally didn't know what state's rights were. Didn't know what our local legislators do. I am that guy who cared but [was] completely ignorant," Doraisamy said. "But now I'm engaged. And there are millions of people like me. And you, the folks watching this show, you have got to get engaged."

Doraisamy said you don't need to join a national movement to make an impact. "Do what General [Michael] Flynn says: local action equals national impact," Doraisamy said. Flynn himself urged Americans to get involved in politics. During the Jan. 21 episode of "The Sentinel Report," Flynn told host Alex Newman: "This country is meant to be an experiment in democracy called a constitutional republic. And if we want to sustain this beautiful country, this beautiful experiment, people in this country, every single person must now get involved." He urged Americans to support the candidates they believe in and the organizations that are actually doing something. "Get out of the bleachers and get on the field of play and participate in this experiment. That's what our Founders wanted us to do. And that's what we have to do now. Otherwise, we're going to lose this country. And it's going to continue to move towards socialism, or worse, communism." Flynn said the current situation of the country can only be fixed if every American citizen will stop saying that they are not going to get involved in politics. "That's why we're here. Because people have allowed the political class in this country to take us to this depth of evil that we're up against. So everybody in this country, everybody that listens to this show, you are now part of the political process in our country. And you must get involved," said Flynn.

Defend Florida is doing its part. The group recently released a report alleging that it has found thousands of cases of voting irregularities in 34 Florida counties. (Related: Yes, dead Democrats really do vote: Florida officials uncover massive ballot fraud.) According to the group, it has gathered information on over 14,000 Florida voters and found 5,571 instances of voter or voting irregularities. These include deceased voters and voters attesting to casting their vote in person but a vote by mail was recorded as their official vote. Doraisamy called on Florida Senate President Wilton Simpson to address these issues. The group also called out both Simpson and Florida House Speaker Chris Sprowls for not doing more on election security. "When we first started this effort and first started talking to legislators, they were all saying, 'Oh, we don't want to deal with election integrity legislation in an election year,'" said Caroline Wetherington, the other co-founder of Defend Florida. "And that's the wrong answer. You know you deal with it the year that you find out that there's a problem." While Defend Florida is primarily made up of supporters of former President Donald Trump, Wetherington said their group isn't partisan. "If somebody voted twice, I don't care what party they belong to, they shouldn’t be voting twice," she said. "I don't care what party you belong to, that's wrong. So it's not about party right now." Volunteers from the group have spent the past eight months canvassing around the state asking voters specific questions – such as if they voted in the 2020 election and if so, by what method. They said that they used certified voting rolls obtained from the Secretary of State's office to compare the responses from their canvas teams with the state's data.