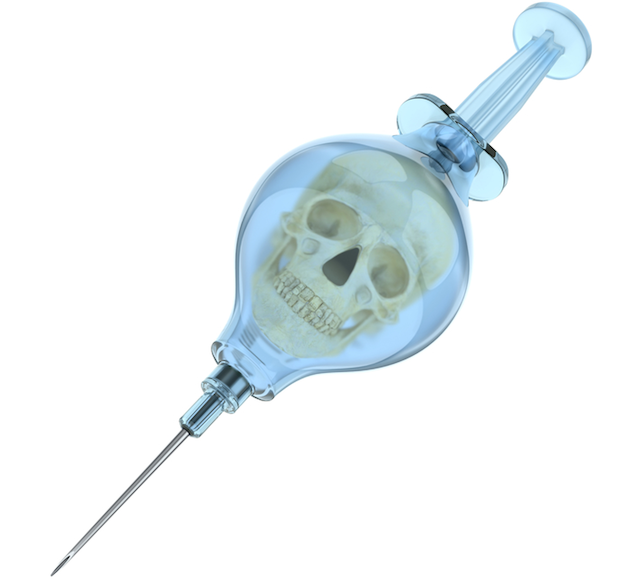 Just when you thought the Wuhan coronavirus (Covid-19) "vaccine" campaign was going to stop at a third "booster" shot, Israeli "coronavirus czar" Prof. Salman Zarka comes out to tell you that a fourth injection is soon on the way. In order to remain "fully vaccinated" with full privileges for participation in the "new normal," Israelis – and eventually the rest of the world – will need to submit to a fourth Chinese Virus shot on top of the first three that are currently being pushed. "Given that the virus is here and will continue to be here, we also need to prepare for a fourth injection," Zarka proclaimed, noting that the Israeli "Green Pass" system will likely need constant "updates" forever to accommodate each new injection as it is rolled out. Israel's "vaccine passport" system will soon require that all four injections be received in order for Israelis to enter synagogues, gyms, restaurants and other public spaces. Those who refuse will be denied the ability to buy and sell, as well as participate in society. "This is our life from now on, in waves," Zarka added chillingly. Many predicted, only to be mocked and scoffed at, that Wuhan Flu shots would become a never-ending cycle of periodical injections. We knew that it would not stop with just two, or even three. Four is the latest number, which is soon to become five, then six, then seven, and so on forever. Zarka said it himself: This is life from now on, in waves, whether people like it or not.

As of last Friday, some 2.5 million Israelis have already received a third dose of one of Donald "father of the vaccine" Trump's "Operation Warp Speed" injections. Soon, Israelis will need to roll up their sleeves for that fourth injection once it becomes available to them. Israel would seem to be the testing ground for this global effort to force all of humanity to take these experimental injections, which we know permanently alter human DNA. They may also contain graphene, stainless steel and other mystery ingredients inside the vials. In Israel, people who take just three injections, for example, will soon be considered "unvaccinated" for the purposes of the Green Pass. Those who take just two will also be lumped into this category. Only those who take every injection that the government tells them to will be considered "fully vaccinated" and allowed to live. Everyone else will become a second-class citizen overnight. "The most vulnerable population at the moment ... are the ones who received two vaccine doses but not the third," proclaimed Israeli Prime Minister Naftali Bennett. "They walk around feeling like they are protected because they received both doses ... (but they) must quickly get vaccinated with the third vaccine dose." The latest edicts from the government suggest that "fully vaccinated" people will need to get booster shot "updates" every six months for the rest of their lives in order to remain "immune" against Chinese Germs. "This is becoming absurd," wrote one Zero Hedge commenter. "First they said the 'vaccines' would prevent infection and transmission and would return to normal life. Not true. They said that natural immunity would not provide that protection and would not contribute to herd immunity. Not True ... They said the 'vaccines would prevent severe infection, hospitalization and deaths. Not true." "What's next? Presumably injections at least every 6 months for life? Big Pharma will love it." The latest news stories about Wuhan coronavirus (Covid-19) "vaccine" tyranny can be found at Fascism.news. Sources for this article include: ZeroHedge.com NaturalNews.com
Mastodon
Parler
Gab
Copy
Tagged Under:
fascism Israel tyranny big government health freedom Mark of the beast badhealth badmedicine coronavirus booster shots fully vaccinated COVID Plandemic green pass Salman Zarka Naphtali Bennett
You Might Also Like