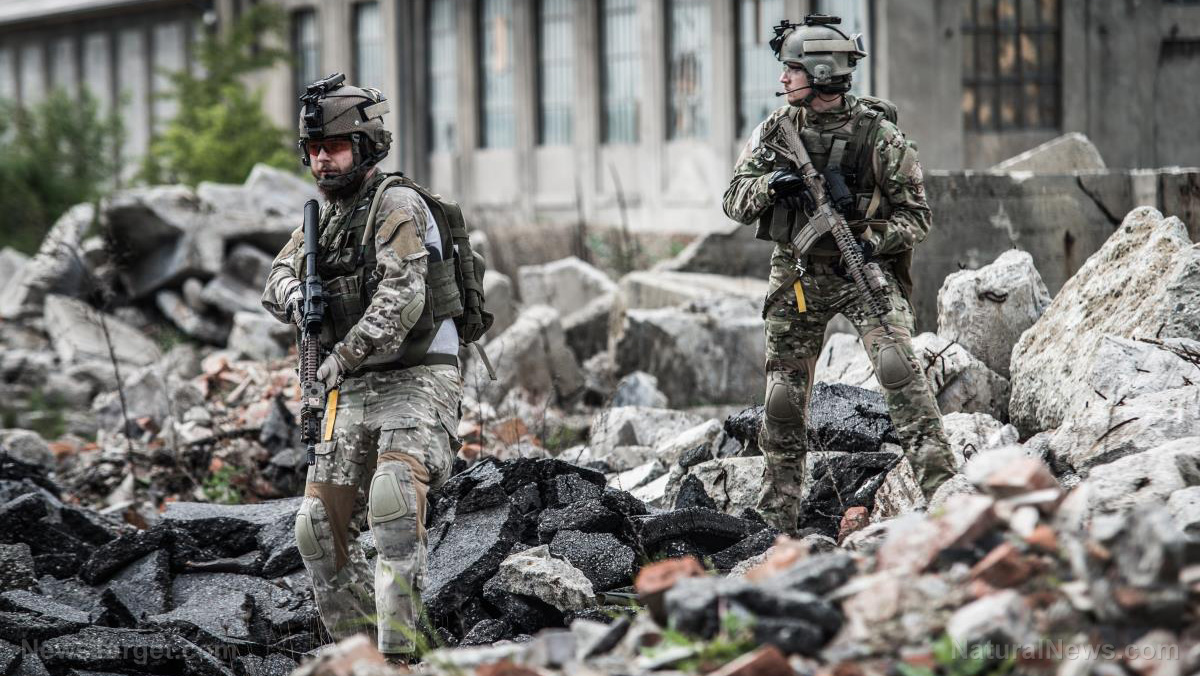 It's as clear as ever that words are meaningless in the mouths of the establishment media puppets. (Article by Christine Favocci republished from WesternJournal.com) Now that nearly two decades' worth of American military might, money and manpower have effectively been squandered in just days because of President Joe Biden's sudden withdrawal from Afghanistan, the media is desperate to cover for him. Amid the shame and horror of the images of Kabul and the presidential palace falling into the hands of the Taliban, the leftist media has been spinning this debacle by dutifully downplaying the significance of what we're witnessing — at least to the extent they still can in light of the awful, undeniable truth. One such report came Sunday from MSNBC's "The Mehdi Hasan Show," where Tehran bureau chief Ali Arouzi used the term "relatively peaceful" in his assessment of the terrorist takeover. "Taliban propaganda network MSNBC is now beyond parody," conservative pundit and author Michael Cernovich said about the segment he shared. "This is why people often can't tell when Babylon Bee is being satirical." https://twitter.com/Cernovich/status/1427327337176059933?ref_src=twsrc%5Etfw%7Ctwcamp%5Etweetembed%7Ctwterm%5E1427327337176059933%7Ctwgr%5E%7Ctwcon%5Es1_&ref_url=https%3A%2F%2Fwww.westernjournal.com%2Fmsnbc-becomes-taliban-propaganda-network-reporter-applauds-peaceful-military-takeover-afghanistan%2F Speaking to the host, Arouzi gave his report with a shrug while outlining the grave situation that was unfolding. "The country is essentially now in the hands of the Taliban for all intents and purposes," Arouzi began his report. "They've taken over Kabul. The president, or should I now say the former president of Afghanistan, Ashraf Ghani, has fled the country," he continued. "The Taliban have taken over the presidential palace. They've renamed the country the Islamic Emirates, [they've] taken down the Afghan flag, and hoisted up their own colors," Arouzi said. "And it's been a relatively peaceful, if you like, process. They haven't had to fire a lot of shots. There hasn't been a lot of bloodshed in Kabul. It was a pretty straightforward takeover for them." Perhaps Arouzi was impressed by the relatively small number of dead bodies — in light of the usual savagery the Taliban is known for — and saw this as a good sign. Women in the region know all too well what's in store for them as panic breaks out among the people who will actually bear the brunt of Biden's disaster — but Arouzi was mostly unfazed. "They've also taken over the airport. There have been reports of shots fired at the airport, and Taliban fighters are all over the place," Arouzi continued. "But they're not in any sort of clashes with U.S. personnel. Although commercial flights have so far been suspended, military evacuation flights are still taking place," he added. "And from what we understand right now, most of the U.S. personnel are at the airport now, trying to get on to various evacuation flights out of the country, with very few security personnel left at the embassy, burning what's left of sensitive paperwork," he said, the last line somberly punctuating the gravity of what's still unfolding. And predictably, the situation Monday brought footage of aircraft taking off from Kabul with people so desperate to flee the coming chaos they held onto planes even as they were taking off. "Some clung to the sides of planes, even as one taxied down the runway, in a bid to flee the Taliban," The New York Times captioned the footage in a shocking admission from the left-leaning Gray Lady. https://twitter.com/nytimes/status/1427280264133230598?ref_src=twsrc%5Etfw%7Ctwcamp%5Etweetembed%7Ctwterm%5E1427280264133230598%7Ctwgr%5E%7Ctwcon%5Es1_&ref_url=https%3A%2F%2Fwww.westernjournal.com%2Fmsnbc-becomes-taliban-propaganda-network-reporter-applauds-peaceful-military-takeover-afghanistan%2F Although there have been some real acts of journalism miraculously coming from some outlets, Arouzi's counterpart at CNN similarly downplayed the Taliban takeover. "They're just chanting 'Death to America,' but they seem friendly at the same time," Clarissa Ward, the network's chief international correspondent, said while donning a newly adopted hijab in an indication of the danger women face with Islamic extremists at the helm. "It's utterly bizarre." https://twitter.com/DailyCaller/status/1427283078993547267?ref_src=twsrc%5Etfw%7Ctwcamp%5Etweetembed%7Ctwterm%5E1427283078993547267%7Ctwgr%5E%7Ctwcon%5Es1_&ref_url=https%3A%2F%2Fwww.westernjournal.com%2Fmsnbc-becomes-taliban-propaganda-network-reporter-applauds-peaceful-military-takeover-afghanistan%2F Although in some ways, the media's obfuscation and misrepresentation of this situation are a welcome respite from its usual use with issues like the gender confusion delusion, that relief is tempered by the grim reality of what's about to happen to the people of Afghanistan — and soon the rest of the world. America has lost its strategic location in the region for launching counterattacks and conducting intelligence surveillance operations. More than that, however, we've lost face after reneging on our promises made to the people who cooperated with the U.S. A gradual drawdown began under former President Donald Trump, but Biden has single-handedly created this problem with his announced, complete desertion of the nation nearly overnight. Biden has allowed these extremists — members of the same group that gave safe haven to the terrorists responsible for 9/11 — to take back Afghanistan just in time for the 20th anniversary of the attacks on American soil. The president has demonstrated he is dishonest, incompetent, pusillanimous and weak — and unfortunately, the rest of the world will conflate his flaws with America's as long the establishment media is unwilling to do its job. Read more at: WesternJournal.com and MSNBC.news.
Mastodon
Parler
Gab
Copy
Tagged Under:
terrorism propaganda msnbc taliban leftists conspiracy Afghanistan fake news big government CNN deception lies journalism biased big media
You Might Also Like