Top Stories from Independent Journalists Across the Web
Are you overusing hand sanitizer? Doctors say this could lead to blindness and even death
By arseniotoledo // 2021-07-08
Mastodon 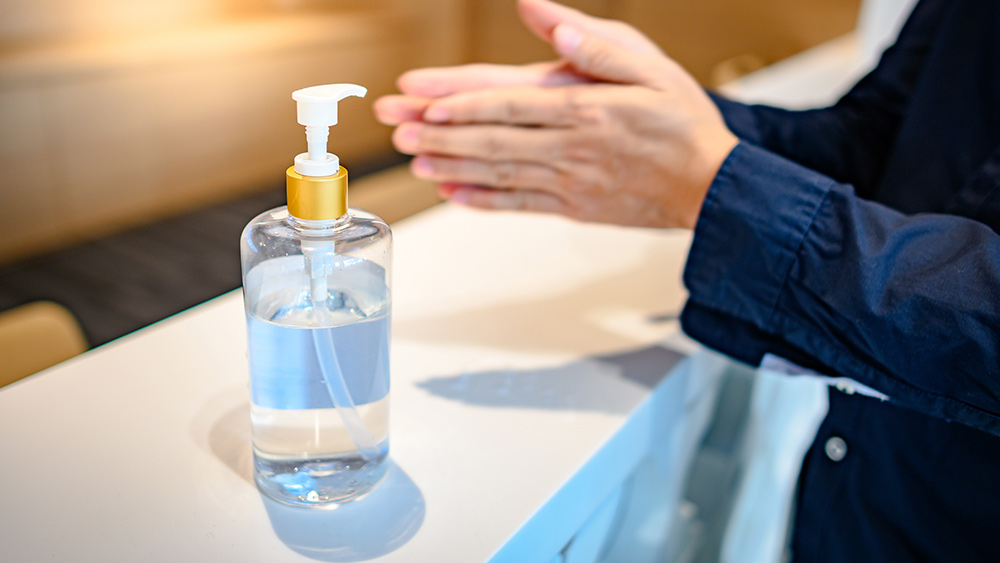 Medical experts are urging caution and telling Americans not to overuse hand sanitizer, especially if it was not manufactured in the United States. This is because the hand sanitizer might contain one toxic chemical: methanol. Hand sanitizers in the U.S. are banned from using methanol. The Food and Drug Administration (FDA) noted that it is not an "acceptable ingredient" in any drug, and can be toxic to the point of causing death. Instead, manufacturers of hand sanitizers use safer alternatives like isopropanol and ethanol. But many disinfectant products produced overseas can still contain this potentially deadly chemical. Furthermore, the FDA has warned that not every hand sanitizer product in the American market that has methanol in it might not have it listed as an ingredient. Doctors are warning that methanol can be absorbed through the skin. This can result in methanol toxicity. Some of its symptoms include vomiting, nausea, lightheadedness, heart palpitations and headaches, according to Dr. Jennifer Love, an adjunct instructor at Oregon Health and Science University. Long-term absorption of methanol could result in vision damage, seizures, coma, permanent damage to the nervous system and even death. Medical experts said using methanol in very limited amounts on intact skin should not cause significant problems because the human body can metabolize the toxin. But Dr. Asim Tarabar, a medical toxicologist and chief of emergency medicine at the Veterans Affairs Connecticut Healthcare System, warned if people continue using hand sanitizer with methanol multiple times a day for long periods of time, it could lead to dangerous health effects. "It all depends on when their system is overcome or overwhelmed," said Tarabar. "Everything depends on concentration and how much it is ingested in the body." People with underlying skin disorders like eczema can be particularly susceptible because their skin does not have the barrier that can prevent the absorption of large amounts of methanol. "The skin is like a brick wall," said Dr. Abigail Waldman, a dermatologist for Brigham and Women's Hospital in Boston. "You have these bricks that protect it and the hand sanitizer does such a good job that often it will create holes in that brick wall." She warned that regular use of hand sanitizer can actually help bacteria develop a resistance to it. "The flora or the typical bacteria or viruses that you run into will develop resistance against whatever you're using," said Waldman. While the threat of methanol poisoning is still a possibility, Poland warns people to avoid using hand sanitizers at home or in public bathrooms. Instead, they should use soap and water, as this combination can more effectively protect people. Poland only recommends hand sanitizer on the go, in situations when using water and soap is either inconvenient or impossible.

Other medical experts are warning parents to keep hand sanitizer away from their children, especially if they are under 12 years old. "Children can actually absorb enough methanol through their skin to be toxic," said Dr. Gregory Poland, a specialist of infectious diseases at the Mayo Clinic. Continued absorption of methanol through children's skin could lead to many long-term health concerns. Absorbing methanol through the skin is dangerous enough. Ingesting methanol can result in methanol poisoning and is considered even deadlier. This is especially true for children, who are more susceptible to the negative effects of methanol. Very young children regularly put things in their mouths that are not supposed to be there. Doctors are warning parents to keep the colorful and glittery containers of hand sanitizer out of reach of their children as the packaging could attract their attention in a way that could lead to sickness or even death. According to the American Association of Poison Control Centers, as of June 30, the country's 55 poison control centers have responded to 11,363 cases of children under 12 being exposed to hand sanitizer. This has been described as due to children frequently putting things in their mouths. The Centers for Disease Control and Prevention has recognized 15 cases of methanol poisoning associated with the use of hand sanitizer last year. These 15 cases were all in New Mexico or Arizona. Four of the cases ended in deaths, and another three resulted in permanent vision impairment. The FDA has put out a warning for people to avoid more than 90 different brands of hand sanitizer because their tests revealed they contain methanol. (Related: Coronavirus prevention: These 9 sanitizers from Mexican company contain TOXIC methanol, cautions FDA.) The agency said it is working to recall products with methanol from the American market. Tarabar warned that the "big problem" might be the proliferation of methanol-laced hand sanitizers and other disinfectants in online markets. Ultimately, Tarabar said if people start experiencing symptoms of methanol poisoning, they should stop using whatever hand sanitizer they were using before and immediately see their trusted health practitioner. Learn more about the many popular products that can be dangerous to people by reading the latest articles at Poison.news. Sources include: DailyMail.co.uk Newsweek.com
Mastodon
Parler
Gab
Copy
Tagged Under:
poison children's health hygiene products hand sanitizer methanol badhealth badmedicine toxic products methanol poisoning methanol toxicity
You Might Also Like